WE SURVIVED OUR FIRST ADVENTURE RACE!! Last month we completed in “In 2 Adventurers” race through Belanglo State Forrest, where we were already camped for Dragon Skin (see next post). 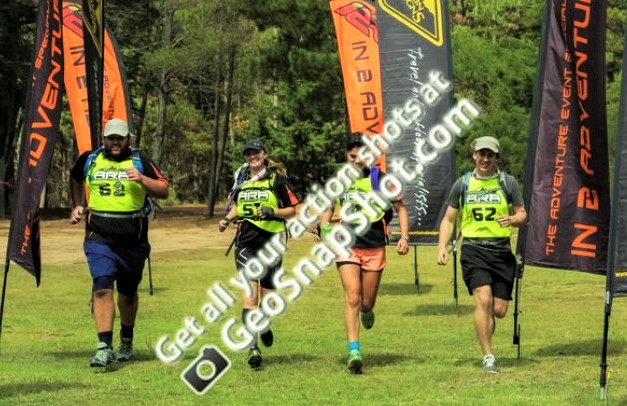 The morning started at 6am with porridge, Andrew, Ross and Rose rode to Daleys Clearing while I drove carrying our gear. Luckily I did as on the way Andrew’s chain broke, meaning I doubled up as our support crew, throwing the bike in the car and continuing the trip. Once we arrived and met up with Alex and Tristan, the chain was fixed while maps were marked out with the hour allocated prep time going very quickly.

The race started on a mystery leg with team leaders taken aside while partners oriented their way to 3 points to release us.  I was surprised how many people had to run to their team leader to set a bearing for them to then follow. I was embarrassed to think that could have been me had I been flustered in the moment.

Next was the ridding leg which had me regret not taking my bike out any time in the last 6 weeks. Illness plus motivation to blame. In Andrews words “you looked like you needed a hug, but I was worried that would make you cry”. Once I warmed up the experience became much more pleasant again. 25km’s later we hit the bike drop at midday,  Myall & Marni just had finished in 4th place for their division. Huge effort, leaving us in disbelief with 10km on foot still to go.

The trek leg was slow, with Rose and I jogging only half of it due to my right knee being very sore as ITB was triggered. This is going to be a constant issue for me as we cover 35km trekking during GeoQuest.

Navigation wise we were pretty spot on, loosing time on only one check point which dropped into a gully. The boys pulled ahead here making Rose and I run a few km to catch up. Luckily we caught them only 200m from the finish line meaning we all ran across the line together. A pretty special moment really, especailly to find Myall
& Marni still waiting with our other team 2 hours after they finished.  We made it with 15mins to spare, and were the last teams to finish, but Rose and I still scored a podium finish in 3rd place for the women’s division. 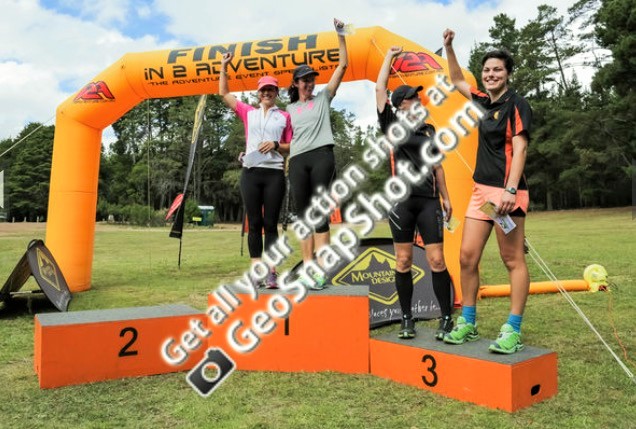 Being my first race race I would say I was adequately underprepared. The level of training still to go is overwhelming, but this experience was necessary in realising this. Things I’ve learnt:

– Limber up: Zombieland was right, warming up prior to racing makes a huge difference, and I certainly regret not doing it before this race

– Have a sense of urgency: being our “introduction” we took this as more of an experience rather than a race. Falling in with the slower teams made it feel ok being slow. Don’t slip into this sense of security, this is how you loose time!

– Food is important: we ate so many muesli bars and tried a few Gu packets. From halfway onwards all I wanted was an apple, and a tin of tuna. AKA something fresh and some protein. Gu’s are annoying, fiddly and messy. Not worth it really. Next on my list to try, jelly beans!

–  I loved it: I don’t regret my decision to start adventure racing at all, even while we were coming last we were having so much fun!! 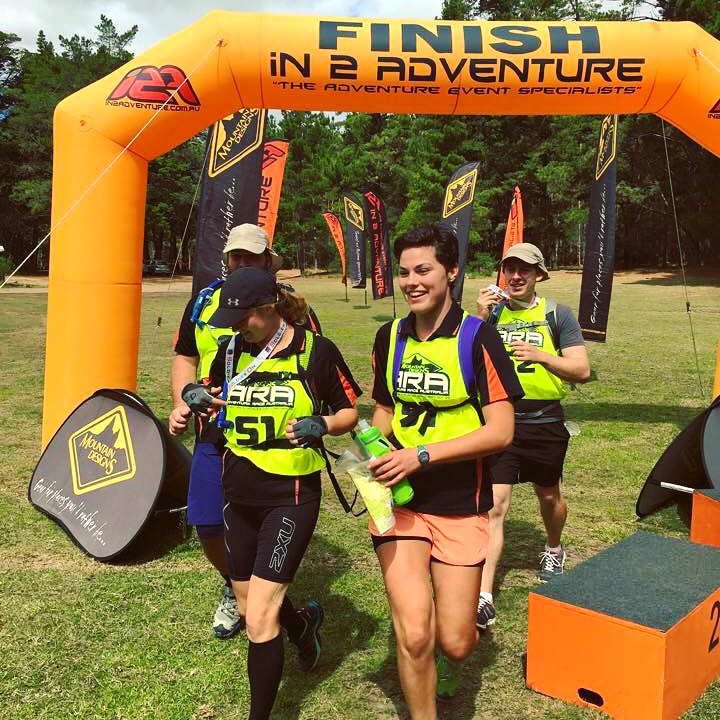