Whenever life gets a little boring I find myself going back to the same “Top 10” to get me pumped for my next adventure.

Every time I watch one of these I’m left starry-eyed and awe inspired, ready to pack my bags and embark on the same journey I’d just witnessed.  Settle in, get inspired, then get out there! 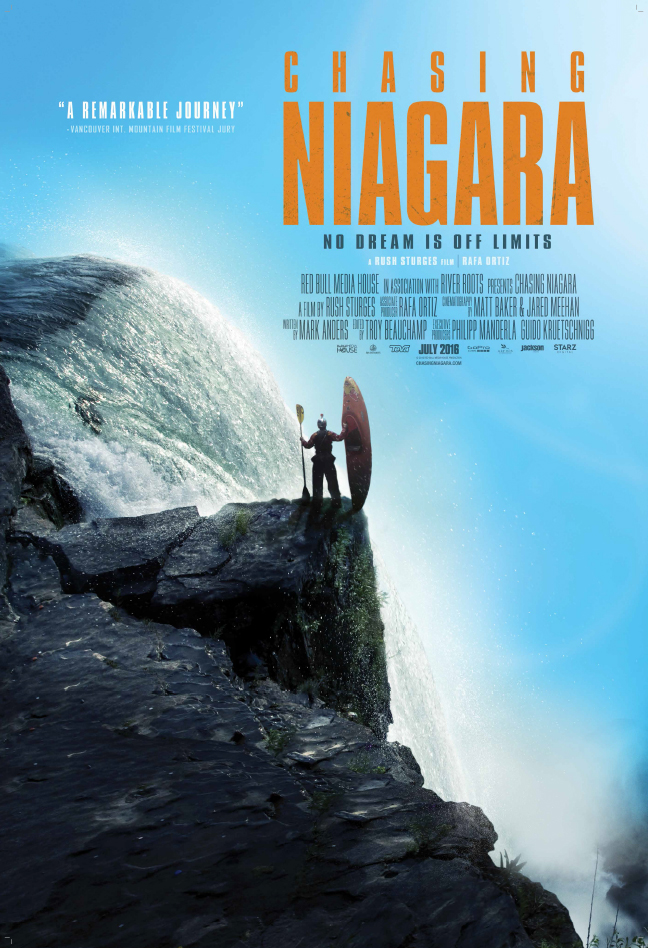 My all time favourite! I stumbled across this 1hr documentary in the Banff Mountain Film Festival and I’ve watched it twice since.  The trailer alone gives me goosebumps and the film leaves me in awe.  This documentary follows Rafa Oritz for 12 months in his preparation to fulfill his dream of kayaking down Niagara Falls.  The chilling film shows the determination, training, planning, risks and wins of such a huge feat, and highlights the importance of having a strong team around you in high risk sports.  While a little tricky to find it’s well worth purchasing from here to keep in your adventure inspiration stash.   http://chasingniagara.com/

2. The Secret Life of Walter Mitty 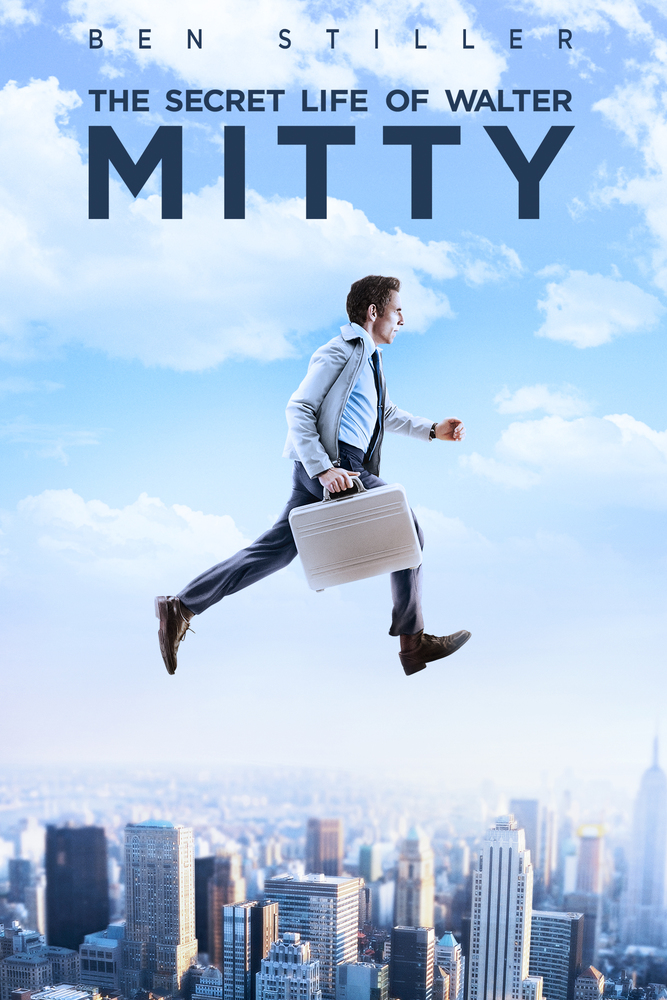 For a movie I wasn’t originally interested in, I’m left wishing someone made me watch it earlier.  Chronic daydreamer Walter Mitty is your everyday person, working a job he doesn’t like and leading a seemingly boring life; that is until he begins his quest to locate nature photographer/journalist Sean O’Connell to find a missing negative needed for the cover of Life magazine.  The adventure takes Walter half way across the world using a series of unpredictable methods leaving you warm, fuzzy and energized for your next journey with an “anything is possible” attitude. 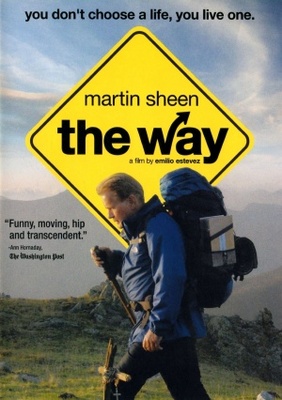 This powerful movie follows a father as he heads overseas to collect the remains of his son who died hiking the “El Camino de Santiago”.  Through grief he decides to take the pilgrimage himself and comes home feeling closer with his son than when he was alive.  This incredibly moving film highlights just how personal every journey is for everyone hiking the El Camino de Santiago, or any other trail for that matter.  Have your tissues ready.

4. A Map for Saturday 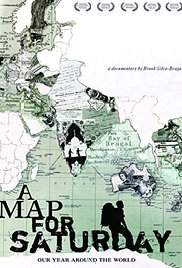 Wow!  Follow Brook Silva-Braga as he leaves his 9-5 job to travel the world solo for 12 months.  Filmed as a documentary, Brook learns the stories of fellow backpackers, and reflects on what it’s like to live out of hostels, meet and leave new people, and spend so much time abroad.  This incredibly honest story brings out the travel bug, making you want to personally experience all the highs and lows for yourself.  It’s inspiring, thought provoking and insightful.   Can someone please book me a plane ticket now? 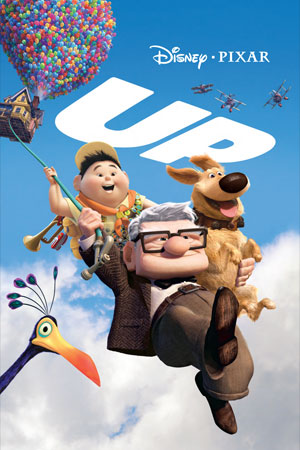 Like every Pixar movie, Up isn’t just a kids animation; it’s a powerful story of love, hope and adventure.  At 78 years old Carl Fredrickson ties thousands of balloons to his house and floats to the South American Wilderness on a quest to fulfill a lifelong dream of finding Paradise Falls.  Living by the motto “Adventure is out there” he is hilariously joined by young wilderness explorer, Russell, who keeps the movie light hearted.  After finishing this movie I not only wanted to go on an adventure, but was left thinking “I hope I love someone that much one day”. 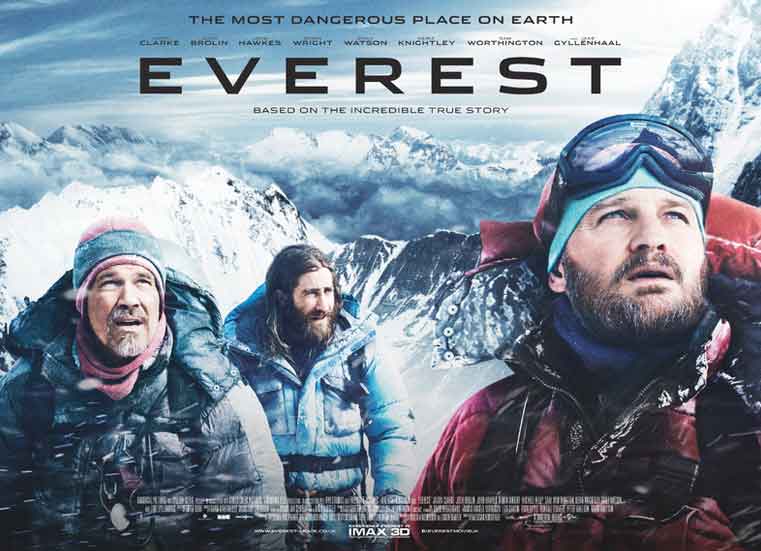 Be prepared to be totally scared off the idea of ever climbing Mount Everest.  If you’re an adrenaline junkie who loves high risk activities, this will inspire you; but if you’re more of a play it safe kind of person, then this will save you from the sinking feeling of regret on the mountain face as experienced by the expedition featured in the film.  This is based on the true story of climbers caught in a violent storm back in 1996; it’s beyond describable.  Once you get past the bad Australian accents you’ll fall in love with the characters, the story, and the achievement of climbing Mount Everest. 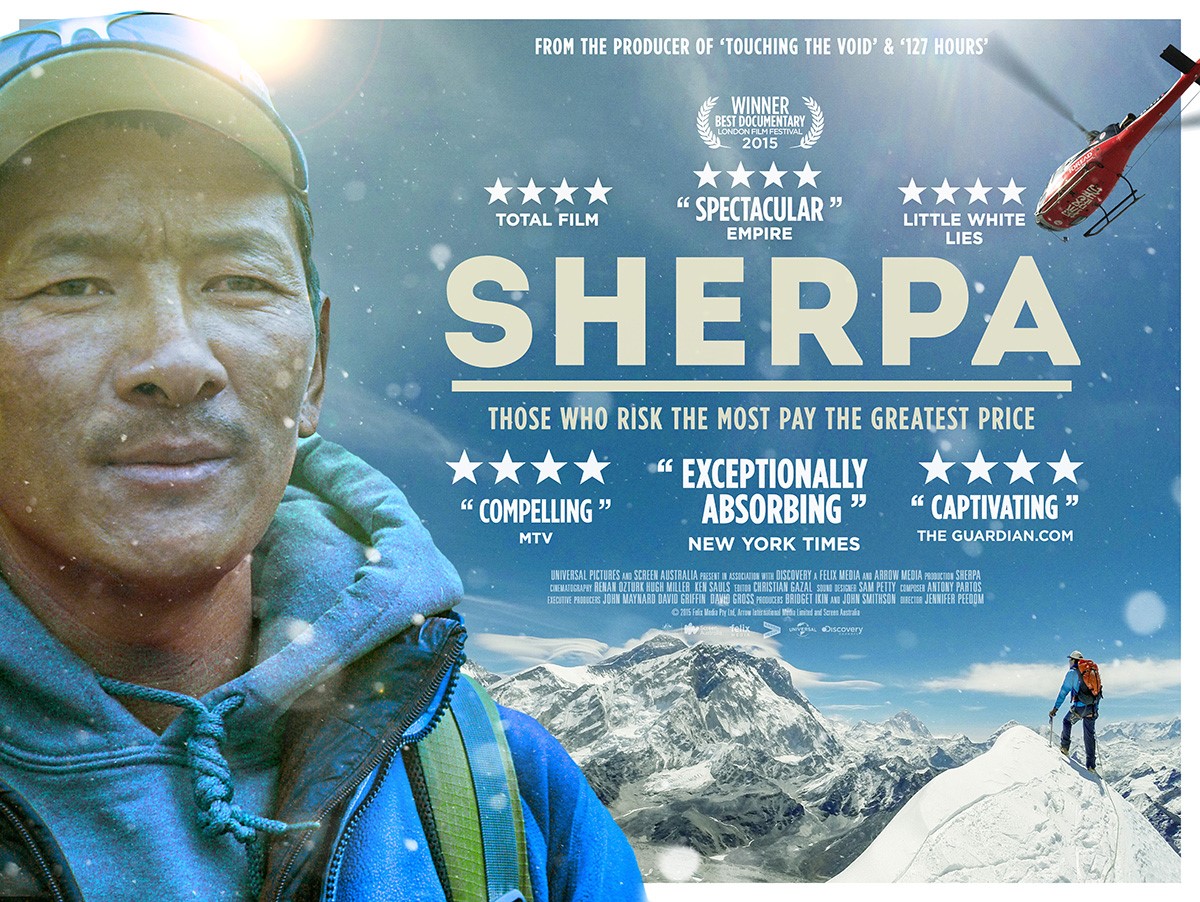 This eye-opening documentary catches the grief and anger of Sherpas after an ice slide on Everest takes the lives of 16 of their colleagues. Political tension rises as strikes ruin tourists’ chance to climb the mountain while grieving families fight for basic working conditions and family support after the tragedy.  This documentary gives amazing insight into the incredible role that Sherpas play in tourism at Mount Everest. 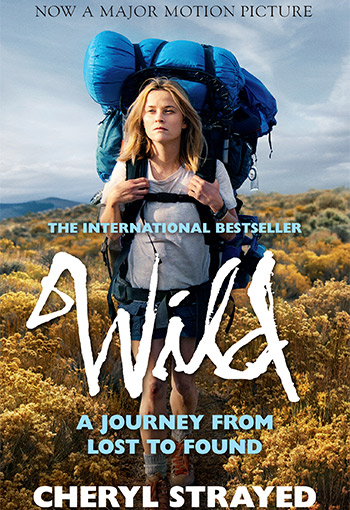 Wild is a true story and classic girl power movie following Cheryl Strayed as she hikes across the Pacific Crest Trail to heal from the grief of losing her mother, and find herself again after her self-destructive coping mechanisms broke down her marriage and got her involved in drugs.  The movie shows Cheryl grow from a beginner hiker to a capable hiker by learning through all the classic mistakes, and receiving experienced advice along the way.  For anyone looking for some self- empowerment – this is your movie! 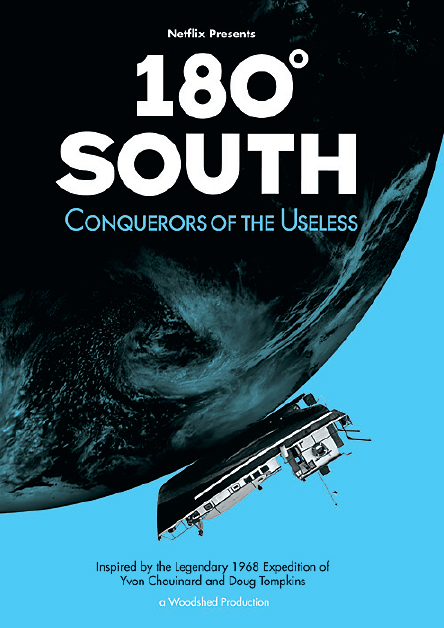 Follow adventurer Jeff Johnson as he retraces the journey his heroes Yvon Chouinard and Doug Tompkins took back in 1968 through Patagonia.  This film insightfully takes you back to the roots of WHY we push ourselves to summit peaks, and what’s truly to gain.  180 Degrees South is a humble little docco. 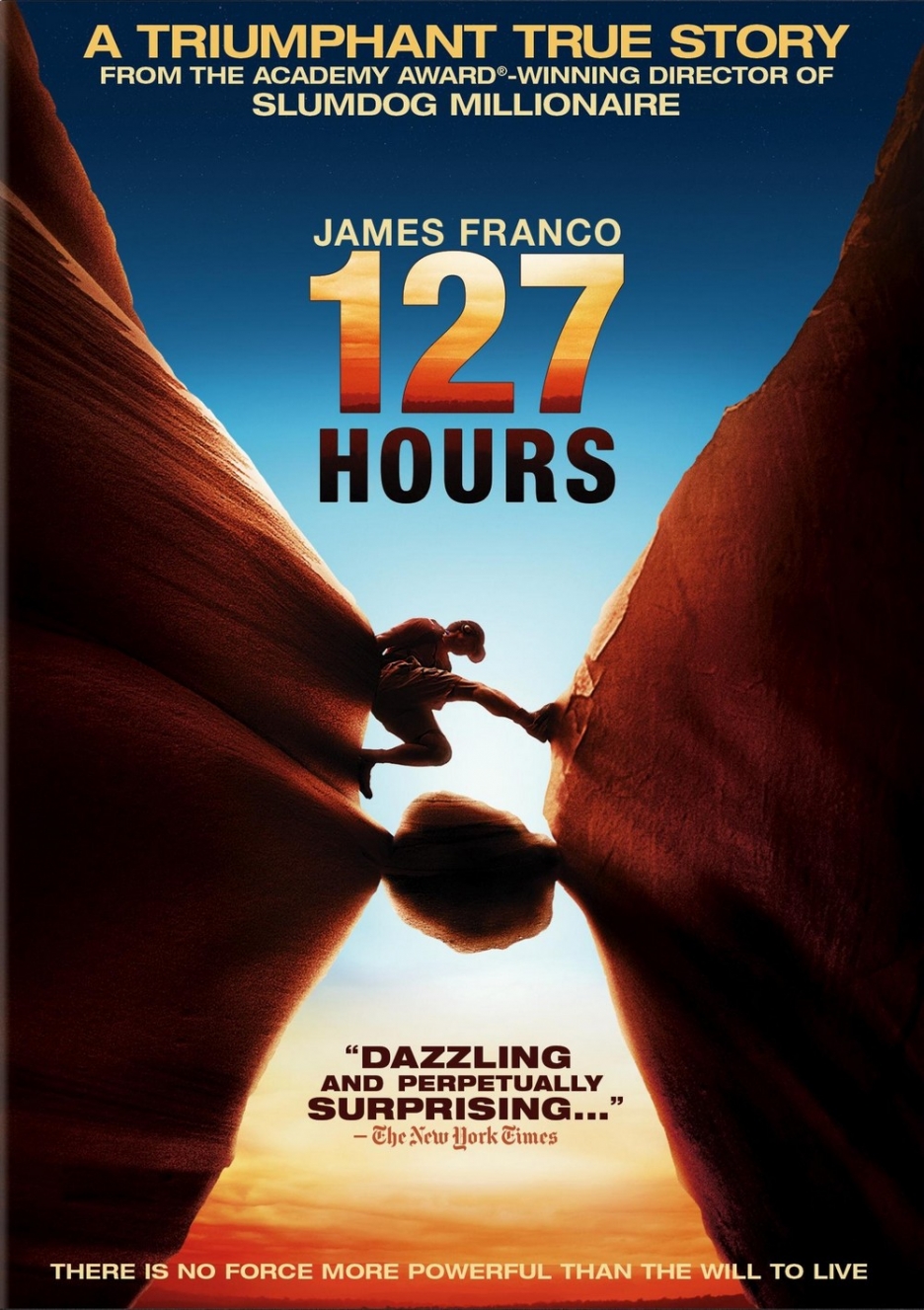 Truth be told I don’t actually enjoy this movie, but I really support the learnings you get from the true story.  It’s the recount of Canyoneer Aron Ralston who finds his arm pinned under a rock after a fall and eventually needs to self-amputate to survive.  While not as gory as it sounds the self-recorded video diary makes for a unique adrenaline filled film technique.  This is a must watch for all solo adventurers to learn from Aron’s important lessons and reflections on what contributed to such a serious situation. 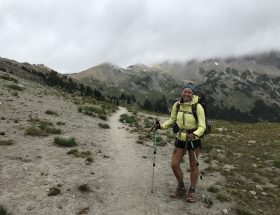 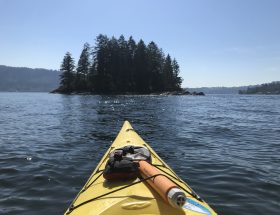 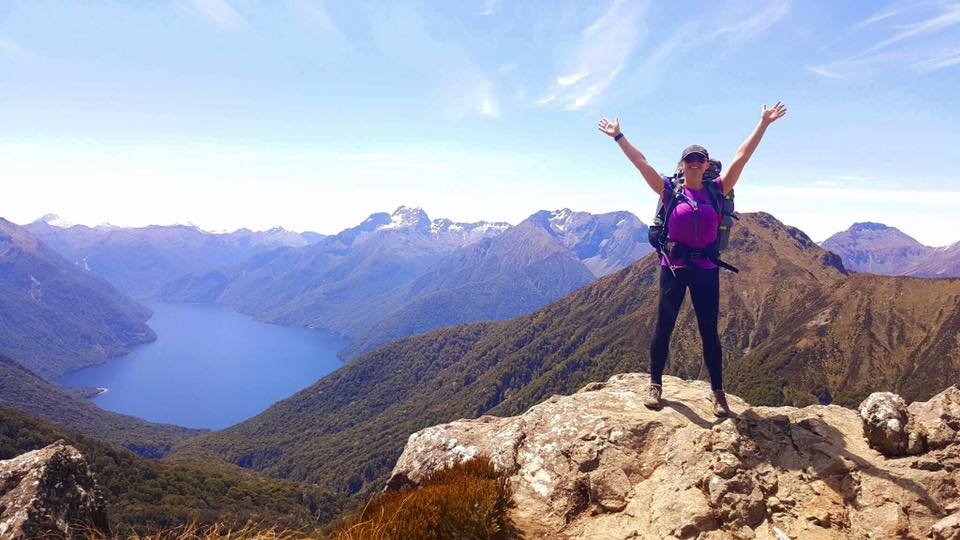